breakfast... although i love it on the weekends (10:30am french toast, anyone?), i find it difficult to prepare on the weekdays. usually i make a generous batch of heidi powell's protein waffles, where i freeze them and just pop it in the toaster oven in the morning... but sometimes i just want something a little different without spending a lot of time.

see, i'm one of those "barely make it out of bed" people. i've tried the "getting up early" thing, but let me just tell you, it is not in the cards for me. i much prefer laying in bed with my puppies then getting up when it's still dark out... no thank you!

and since i've gone gluten free, i've found it a little more difficult to just grab something from the office kitchen - because i can't just pick up a breakfast bar, bagel, or english muffin anymore. so while digging through the cupboards the other morning, i came up with the following...

handful of the following:
spinach or kale
green onions
tomatoes

step one:
cook quinoa.
i like to roast them in a pan with some salt, pepper, and a little olive oil first.
once they turn a rich tan color and a nutty smell emits, add water (i use chicken broth) and cook 15 minutes. 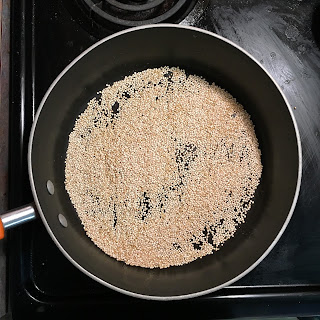 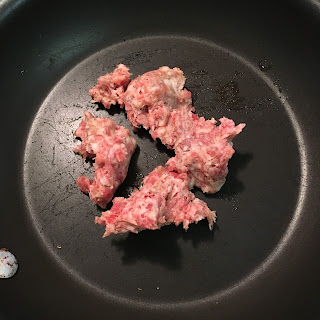 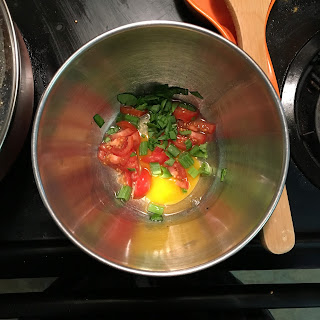 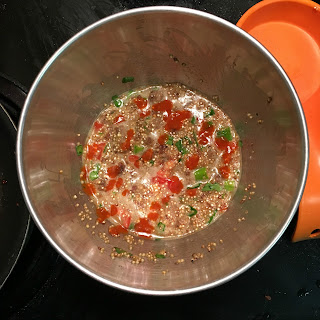 step four:
make into patties.
let each side cook for 1-2 minutes, flipping once. 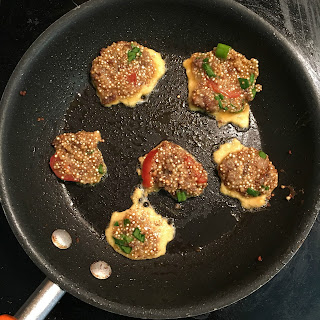 you could also add some cottage cheese or cheddar cheese, or even switch out the sausage with bacon. there's so many different options that can be made!


i made larger patties for yesterday morning, but also made some smaller ones to freeze for later this week. i guess we'll see how well they turn out reheated! 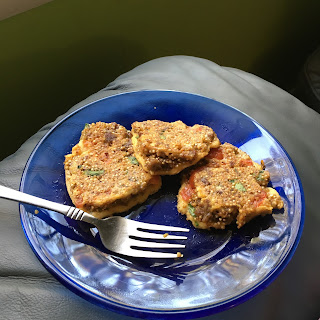 well, since the leaves are changing and the breeze is cooler, i'm going to go ahead and say it... i can't believe that it's already fall. i know, how cliche, right? but... here's the thing. with fall comes a harsh realization... sometimes you learn that the hardest thing about life is realizing who really has your best interests at heart and who doesn't.

i've said this phrase so many times in my life that i honestly didn't realize what it meant until your heart has absolutely had enough and finally declares, "i'm done". you see how some people will always hold you to a higher standard than others around you, making you feel as if you'll never be good enough. this is where the word "de-clutter" comes into play... 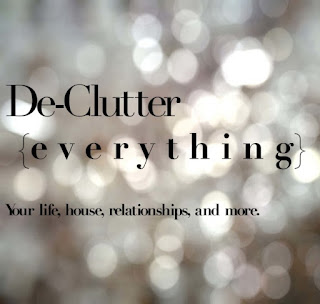 i'm done with the clutter in my life. i've slowly come to realize what's important and what's not, and with that comes a great sense of pride. you understand that your time is the greatest gift of all, so why waste it on something meaningless that's never going to give you what you want? go through your schedule and determine what you're giving the most time to. is it worth it? if not, change it! yes, change can be difficult in a busy household with children and parents going in fifty different directions, but would you rather be going through motions or actually living your life? 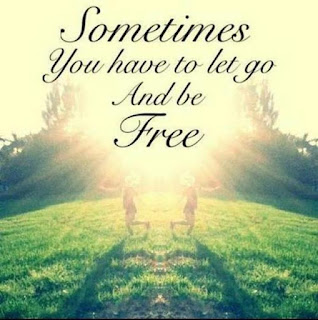 i'm done with the clutter residing in my home. do i really need fifty different tupperware containers? or fifteen different sets of sheets? or 20 random blankets? okay, maybe this one is the fact we're moving across the country soon... either way, purging the clutter from your home will make you feel lighter, happier, and more importantly, healthier. we're so used to buying things to make our lives easier, but in all honesty, does it really make your life easier? or does it just take up space, creating dust, only to be used on certain occasions? simplicity is key! 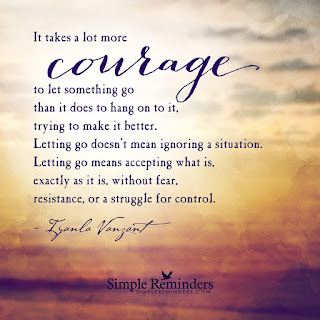 i'm done with the clutter in my relationships. there are those you have to weed out after realizing that they really don't care for you or your feelings. we all have them in our life: those who are there only when they need something and conveniently disappear when you need their help. it's mentally exhausting, spending your time and emotions on people who don't do the same for you. you just have to remember... you - and you're time - are better than that. you deserve to have people in your life who are not only completely honest but want to be there for you.

be happy. say yes. enjoy this life - it's the only one you have.

remember how in my last post, i was talking about how we'll never really know if something works for us if we don't try it out first?

what are these so called 'essential oils'?
how are they supposed to help me, exactly?
how do they even work?

my story into the world of essential oils starts here: liberty. 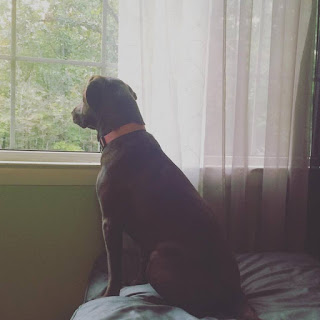 when we had first adopted this precious little girl, she was absolutely ridden with tick and flea bites. there were nickel sized lumps all over her neck and back, and after taking her to the vet, we learned that they weren't infected, she just had a hard time healing.

a very good friend of ours had recently started into the young living phenomenon, and after i had done some research for my own personal gains, i realized that this might be able to help our littlest rescue. she had recommended to use the essential oil thieves because not only is it used for a healthy immune system but is also used as a daily regimen for just staying healthy. 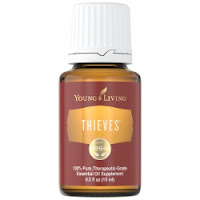 well, who could say no to that, right?! after receiving a sample from said friend, i applied a few drops (mixed with coconut oil) to her wounds throughout the day, and what do you know... they healed right up in just a matter of days. DAYS, you guys!

i had tried EVERYTHING! antibiotic ointments, washes, etc... and nothing was even touching it except this oil. that's when i knew that if it could help my fur-babies in such a positive way, there was honestly no way that i could convince myself that they couldn't work for me.

so, i ordered my premium starter kit, stalked fedex, and jumped for joy when it arrived!

interested in learning more? feel free to send me a message, or get started on your sign up by clicking the link below: 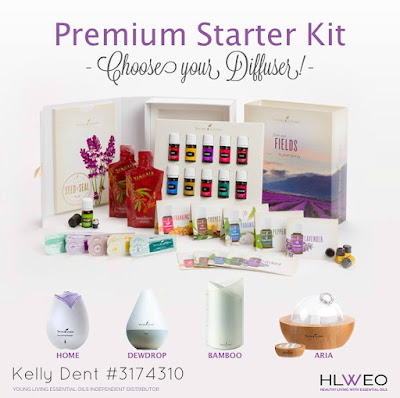 in May, i was diagnosed with PCOS, and combined with my endometriosis... i'm in a lot of pain, both physically and mentally. while i was in a meeting with my doctor, he had mentioned the possibility of adding a certain restriction to my diet.

although i'm already eating healthy-ish, i was losing weight, and feeling (what i thought) was great. so when the words "low carb" and "gluten free" were cited, my eyes grew wide. but what about my precious pasta?! my delicious bread?! AND POTATOES! yikes.

i shrugged off the idea, because frankly, i didn't even want to attempt at getting rid of all those delicious food items... until now.

i'm tired.
i hurt.
my hormones are driving me crazy.
i can't sleep.

i'm complaining, i know, which i hate to do. it's just... people don't get it. they don't get that you're mentally stable at one second and the next you're questioning every decision you've ever made. because you don't have any "physical" symptoms, they seem to believe that "you're fine" and "it's all in your head".

number one being the entire "gluten free" phenomenon.

after conducting some - let's be honest... a lot - of research, i decided to just try it. i understand that what may work for one person won't always work for the other, but how are we ever going to know if it works if we haven't even tried it?

i'm not here to give you all these scientific facts and definitions about why it works and what it does, but i will tell you this: anything that basically means "glue", i'm going to assume that it's not exactly healthy for your gut.

and trust me... everyone wants their lower halves working quite smoothly, if you get my drift. all carbs aren't bad and i'm sure all gluten isn't bad, either. but, to see and hear about all the testimonials for PCOS and endometriosis, well, i just can't help but to hope that this may make a small dent in my health.

oh, and that second change... well... it's about my newest adventure - essential oils! but that, my friends, is going to need a much bigger blog post to talk about. catch it later this week about young living and how it's - so far - making positive changes in both mine and my pups lives.

but, hey, i AM here to tell you that i'll be documenting this journey not only on this blog but my instagram as well. feel free to check it out and see how we're all coming along! 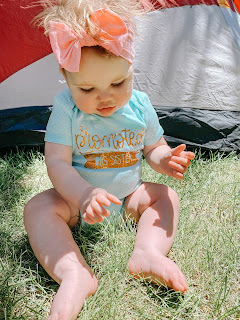 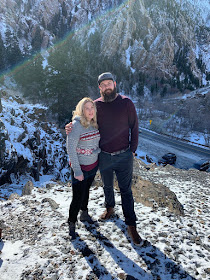